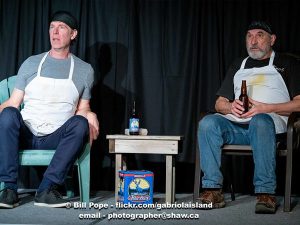 Life on Mars by Elliot Hayes is an inspired comedy in which two short-order cooks contemplate the universe while watching the lunar eclipse at the back of the diner after their shift. It’s 1993 and Frank, “a little older, a little wiser”, and Mike, “a little younger, a little happier” are facing some of life’s big questions like, “Where would you go if you left here? Are we alone…or are there other beings way out there? What about the man in the moon… and UFOs?”

As the play unfolds, Mike comes to realize that Frank is really looking for the answer to that existential question: “Is there really any meaning to life here on earth?” As the eclipse darkens the lunar surface, the mood also darkens for the two men. When Mike says “Now they figure if anything is intelligent enough to be “up there”, it would kill us first anyway”, Frank simply states: “Why would they bother? Why would they bother, the way we’re going?” As the eclipse progresses back to light, however, Frank makes a decision that changes everything. Gabriola Players cast and crew: Joe DiCara and Scott Rivers. Directed by Donna Deacon. Sound design by Charlie Cheffins. Lighting design by Dave Innell. Stage manager is Linda Hellenius. Stage crew is Peter Hellenius. 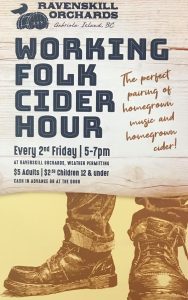 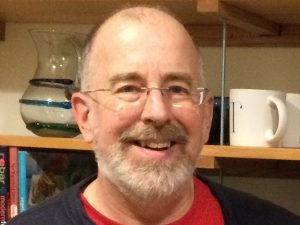 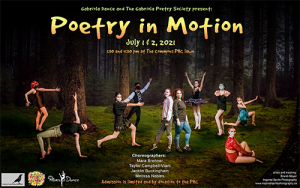